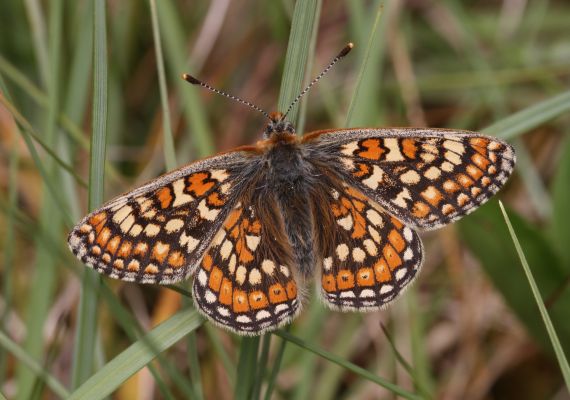 In 2011 a survey of 34 sites have been undertaken across the west and north-west of Ireland for marsh fritillary larval webs.  This was the first time that many sites had been fully surveyed for the species and has provided a baseline for monitoring the species on these sites.2012 the survey was undertaken of 24 sites which have never been monitored for the species either.
We were further contracted by NPWS in 2013 to undertake a survey of 65 sites across the north-west of Ireland. The aim of this survey is to gain a better understanding of the distribution of the species in specific parts of Ireland and well as the extent of potentially suitable habitat